The story of Sato Gallery

The best ideas arise at night and such was the case with Julien Sato. Working in Tokyo’s dazzling nightlife from a young age, he initiated events where both his passion for art and music could meet.

Organizing live paintings and exhibitions in the mid-2000s, Julien brought together up and coming artists such as Ly, Takeru Amano and Fantasista Utamaro and presented them to an in a relaxed and informal setting. His objective was to give them a stage and maybe more important, to create the sense of community that was lacking in Tokyo.

In 2009 he opened his own bar/gallery in Daikanyama, an at that time avant garde choice, but nowadays one of Tokyo’s thriving art neighborhoods.

In 2016, Tokyo was exchanged for Paris: an opportunity for Julien, to present his artist outside of their home country and to build on a bridge towards the European art-loving community.

Ever since, Sato Gallery - formerly known as Tokyoiite  - has been introducing Japanese artists in Europe organizing shows and participating in art fairs. 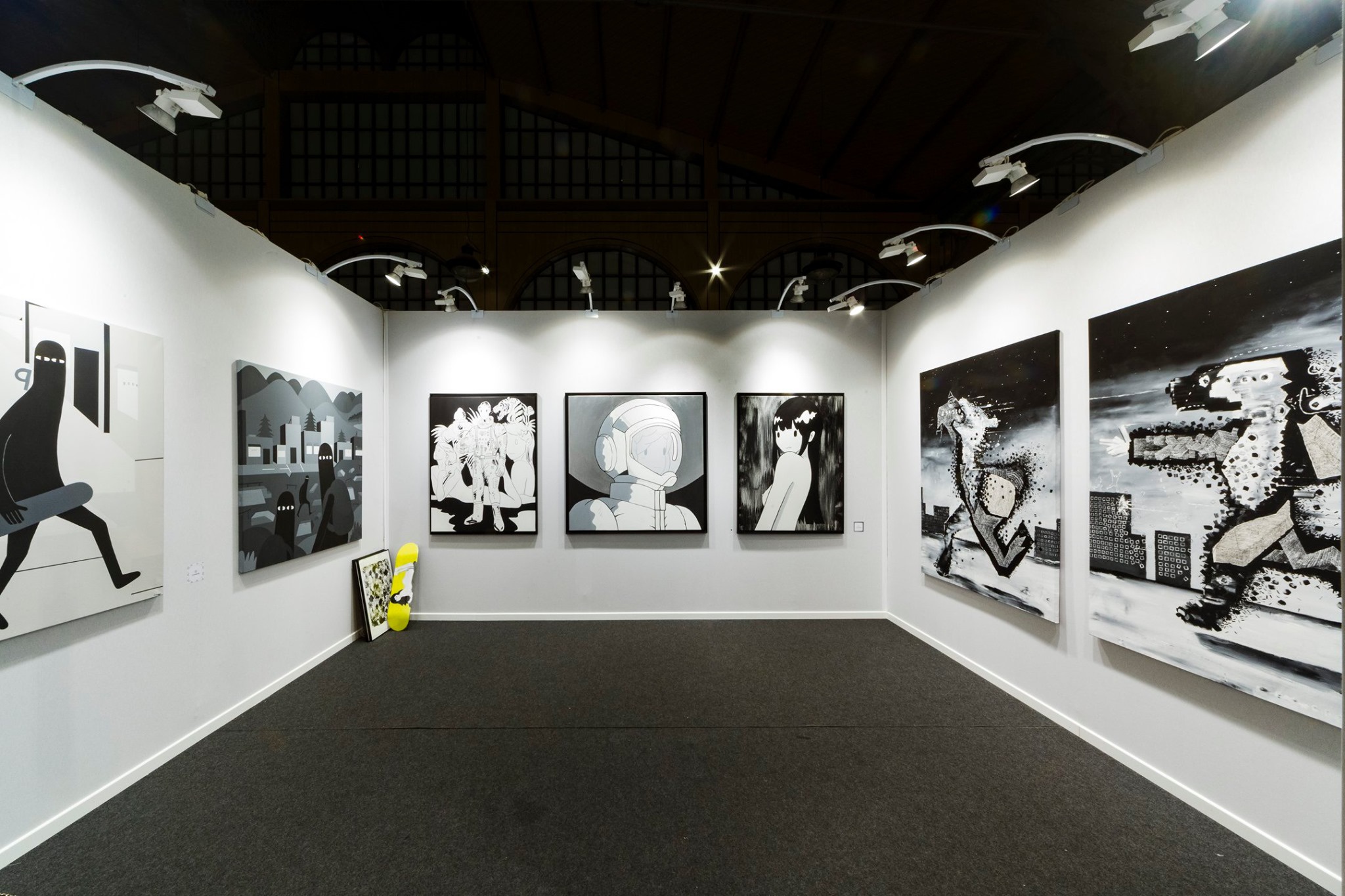 Sato Gallery represents an eclectic group of artist. From the neo-pop art of artists such as Ly and Tareku Amano to the Art Brut works of  Ichi.

I look for artists who personally touch me with their creation but also personality. Most of the artists I work with are not established yet, since I don’t consider myself as an established gallerist either. I would say we are all kind of upcoming and I like the idea to thrive and evolute together with my artists.

Besides, we all have one thing in common: each in our own way, we represent Japan, its culture and its creativity.

What is the ultimate goal for Sato Gallery?

There are many goals, but one of them would be to create an artist residency to support the artists in their creative process. I would like to be able to give them time and space to work but maybe more important: to travel oversees and let them explore a new world. I traveled and lived in many countries and this has been of great inspiration to me. I would like to give that back.

Another goal would be to tighten the gap between traditional and digital art. There are a lot of interesting digital artist in Japan and as the art world is changing, I would like to present them along with analogue artists.

You like to create a sense of community among your artist and even within those following the gallery. Why is this so important to you?

I don’t really know, I suppose it is because when I started in the mid 2000s, the art movement in Tokyo was too underground. There wasn’t really a place for artists to go and get together and share ideas or even to show their work.

In M, [ed: Sato’s gallery/bar in Tokyo] the artists and customers were all friends, and still are today.

I also like the idea of sharing a moment, a passion or a discovery.

In terms of art market, Japan has been late compared to Europe. There are many reasons - and I could talk about it for hours - but one of them could simply be that tenants [ed: in Tokyo people don’t buy] are not allowed to hook artworks on the walls. The walls are very thin and you can’t make any holes. Banal as it might be, it is a reason for people to not buy any art.

Also, for the Japanese, art was something you see in museums. The few galleries in Ginza area were not presenting artists, but renting their spaces to them to show. That brings me to one of the most important reason that I started: there are very few gallerist who take the financial risk to truly support an artist.

In the past few years this has changed. There is emerging generation of gallerist who are willing to take that risk and you also see more international galleries opening an outpost in Tokyo.

At this moment the Japanese art scene is boiling with talent. There is so much to show. From Neo Pop to fine art, photography and digital art. It is as if there is a huge pool of artists, waiting to be discovered and present their work oversees.

You are also the co-founder of a creative studio - Sato Creative - do you represent the same artist there? Is every artist suitable for this kind of work?

I always say that ‘art’ is questioning technical, historical, philosophical and even political aspects. ‘Design’ on the other hand is answering to a specific demand, budget, technic or narrative.

Some artists can do both, but not all. In Sato Creative, we mainly represent artists that give an answer, the result being always very creative and crafted. At this moment, the only artist who is represented by both the gallery and the studio is Fantasista Utamaro. He has a very strong and authentic style, and he can do anything.

However, some artists we represent with the studio are leaning towards ‘art’ and hopefuly we will see some of them in the gallery in the future.

At last I’d like to add that a lot of artist we represent with the studio are digital artists, a form of art that is not fully recognized yet. But as we speak, this field of digital art is changing radically and I think it is very exciting. Read more [hyperlink to goals question]

I suppose you are always on the lookout for new artists. Besides ‘physically’ searching for new talents in Japan, do you also make use of online tools such as Instagram?

I use Instagram a lot indeed. To get inspired but also to find new potential artists. Instagram is one of the best visual libraries of our time. But I always meet the artist before making any moves. That is why I go back to Japan at least 3-4 times a year to connect with the scene and its actors.